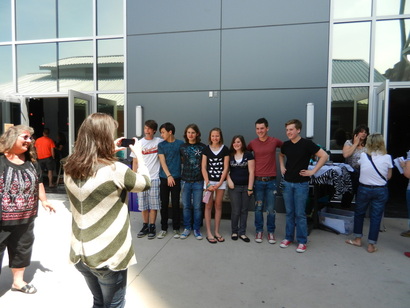 Age has nothing to do with…

Experience. It has been over a year since I have seen this band. When I received the invite, I had to be there. Due to my schedule, I only caught one set. I could not be there for the originals / full review. This show was A.D.D.’s first appearance at Vision Bar. From what I was told, a dream come true.

A.D.D. wanted to show what they could do. They went straight into the music. Forget about the introductions. The band rocked from the first note to the last. Here is a quick review.

Music: A great variety including nailing down Paralyzer (Finger Eleven). Cody McGeehan (lead vocals) pulled off the energy of the lyrics. The band’s music provided all the power of the original. Throwing in Knockin’ on Heaven’s Door (Bob Dylan, original / several others, cover), to change the pace was excellent! Doing this maintained people’s focus completely on the band. Add in 3doors Down’s Kryptonite to really keep things going.

The band’s main focus was on keeping the music going. They did a great job on it. Crowd interaction was not that high. They made a point to thank people for being there. With the main focus on music came the one low point.

There were hard breaks between songs. The breaks were very short, 20 seconds tops. They were also hesitant. Plain english: it appeared they wanted go right into the next song, but didn’t. The band did have the set list down. How this came across to me: they may have been slightly nervous. I could be wrong here.

What did the crowd think? With the main party / food / beverages / games outside, they filtered in. Halfway through the set, a crowd was around the doors by the stage.

Both on and off stage, this band almost has it down to a science already. On stage, giving it everything they have for a great show. After the show, no problem meeting fans and signing autographs. Without the egos / attitudes of major bands. I will not compare them to “Boy Bands”. Their music and stage show prove they are more than just teen idols. Adults will appreciate A.D.D. as much, if not more.

Give this young and very promising band some attention. They are working hard to earn it.