Autism: A mother's voice / Interview with Dana and Tameeka part 1 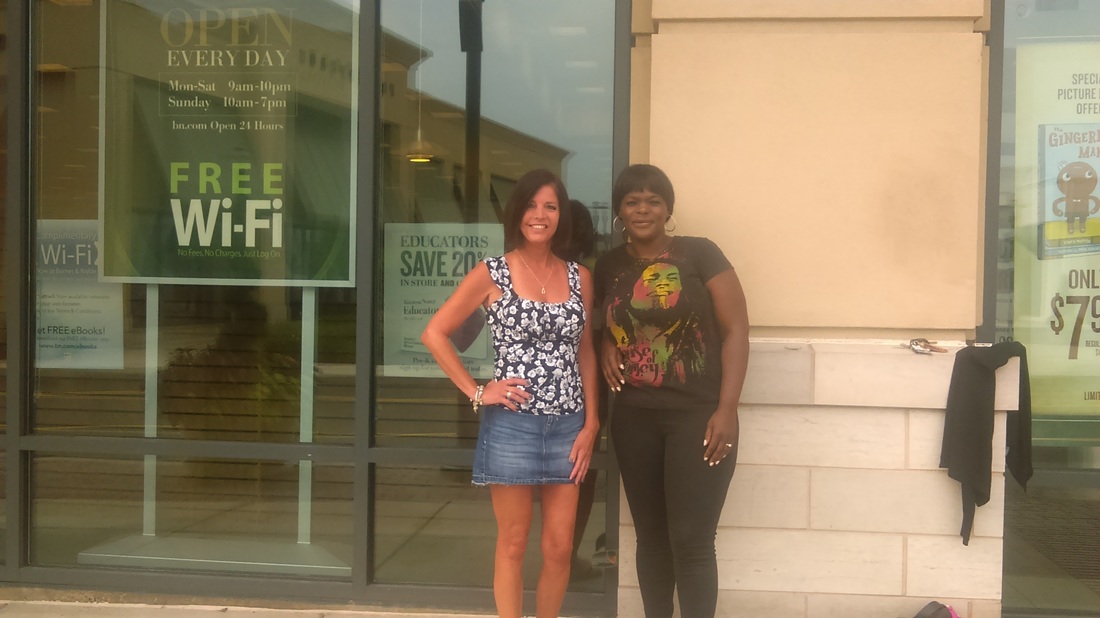 A friend suggested a follow up article on Autism. After thinking about it, from a mother's point of view was the best way to do it. Even after attending a few benefits, I still know very little about Autism. I want to thank Dana and Tameeka for their courage and strength in doing this interview. Thanks to Dana for providing this link if you would like more information:

The adjustment of going from home to school for the first time is very hard. Is it harder for a child with Autism?

Tameeka: I think every kid has a little bit of anxiety. My son, it took a good week to adjust. Other children will be social. My son was in his own world. He is not going to pay attention to other kids. Other kids, in the classroom might come up to him and say "Hi Gavin!" or try to shake his hand. He will just look right through them. He is just not there yet, socially.

Dana: Garrett is kind of the same way. He likes to be around people Definitely a people person. He will carry on conversation with you on subjects he wants to talk about.

For example, if you started talking about the weather...

Dana: Right, he could care less. He might want to talk about a movie (for example). He has fascinations about things that other people might not. (For example): A friend has a dent in her basement ceiling. He has a fascination with that.

Dana, you mentioned that is harder for the parents than children to adjust to school. What did you mean?

Dana: They are not like other kids. Trying to get the services they need is very hard. We had a very bad experience with a certain school district. You have to fight to get what your child needs.

Once they are in school, how hard is it to get the services and assistance a child (with Autism) needs? Is it getting easier? (Compared to even a few years ago).

Tameeka: I live in a different state. It is hard, but depends on what county you live in. My county and school district was very welcoming. Make sure you go to the IEP's. The meetings where you discuss where your child is at. Where you want them to go. Things they need to work on, their strengths / weaknesses.

Dana is right, you do have to fight. Get outside help with my insurance company a few years ago. They said: "What you are getting in school is enough." / I disagree / We are not going to pay for it. That was really frustrating. Now, there is a law preventing that.

Dana: My situation has been a lot easier. It just happened to be the supervisor of Special Ed(ucation) at the time. Everything is very good now.

You mentioned about the law. Have the laws evolved over the years. from local to national level?

Tameeka: I think so. Because a lot more children are being diagnosed with Autism.

I have had friends reach out to me. Telling them my experience when I first found out. I was in shock for about 10 minutes. Then I realized: "OK, this is what I need to do. He is not going to die." That is how I dealt with it. He will be all right. He is loved and we are going to do whatever it takes to get him where he needs to be. That is how you have to look at it.

Dana: Regarding my insurance, in the state of Pennsylvania, I paid nothing, even down to his diapers when Garrett was a kid. Pennsylvania is a great state when providing for a child with Autism.

The laws vary from state to state. What about on the federal level?
Tameeka: I don't know. I would imagine, if there is not (any federal laws), there will be, because it is so prevalent.

A lot was covered in parts 1 and 2. There are still some questions left for part 3.

Again, a serious thank you to Dana and Tameeka for their time, courage and strength in doing this interview.