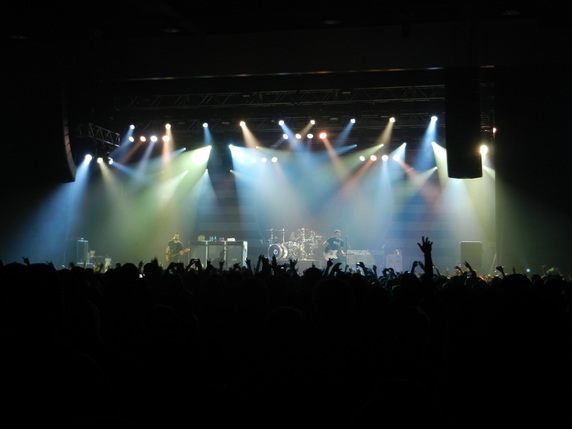 Rocking a sold out crowd!

This was my 3rd review at the Sands Event Center. Now, I can say one thing: "I attended a major rock concert at this venue." Being completely honest on this point.
Blink 182 had 2 opening bands (another review). By the time everything went dark, the crowd was more than ready for them. I am getting the rush and adrenalin back while writing this part. The energy was that high! Not only was the show sold out, it was standing room only in general admission / reserved. From looking around throughout the show, not one person cared.

Now that I have your attention...

Usual, lights go out. Crowd cheers. Band takes stage. This part was a little more vocal than what I expected. Little being the understatement. The roar and cheers were almost deafening!!!! This gave me a good idea of how the crowd would be.

Earlier, I talked with someone who is a huge fan of Blink 182. I asked her what could expected with their show. Response: They do a great, overall, show. It will be more than just good music. They have a great stage show with a little theatrics. The theatrics part was not at this one. Something else was.

The Comedy aspect. Members of Blink 182 joked around with each other and the crowd. Some of this could not have been planned. If it was, one of the best jobs I have ever seen.

Quick intro done. Time for the review. Promise to keep it short. 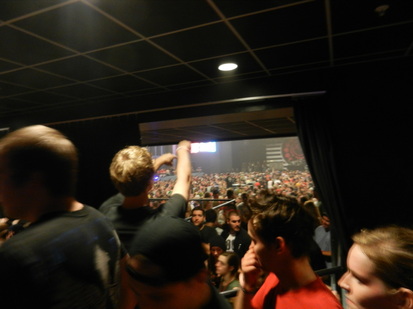 In case you thought I was joking. The crowd as I was leaving.
The show started as usual. Four Years Strong ended. About a 30 - 45 minute break. Lights go down. Band hits the stage.

With Four Years Strong and New Beat Fund getting the crowd ready; energy was very high! General admission and reserved were on their feet waiting for the first note. I stayed towards the back of general admission. Very glad I made this choice. When the music started, crowd showed their approval with an almost deafening roar! From that point, everything took off and got a little crazy up front. I was reminded a little of concerts in the 90's for one reason: I did see people bodysurfing on a few occasions. One of the many differences: lighters were replaced with cell phones.

After talking to some people, after the show, I found out a few fights broke out. High credit to the security at Sands Event Center. I was also informed these people were thrown out immediately. No major casualties that I know about.

Blink 182 did try to keep the energy very high. They played hard and had a good mix of hard breaks and slides. There were low and average points in the show. 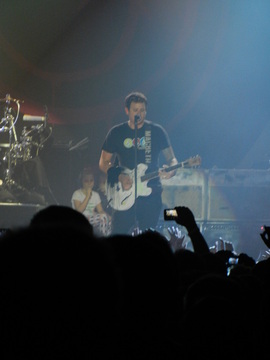 Music: Surprised Me! This area did catch my attention. Blink 182 combined current songs with when they started in the 90's. Another point that earned this rating: Hard Breaks and Slides. I was expecting a break in between every song. On a few songs, they did go from one to the next without the break.

Band Energy Level: Have Attention! Blink 182 did hit the stage hard. They went right into the music with 2 songs back-to-back. They brought the crowd's energy level back up, real quick! Moving around the stage and creating the band / crowd loop was easy to tell and appeared natural and not forced. Blink 182 earned this rating by maintaining the energy throughout the show. Looking at the 2 video screens, it was very easy to tell.

Band Interaction: Surprised Me! How did was this one achieved? Easy: They joked around with each other and the crowd. Moving around on stage with no screw ups would have only earned average. The jokes and conversation between each other helped create a more friendly show. Feeling like I was not just at another concert.

Crowd Interaction: Have Attention! This one borders on Average. I was expecting one of the band to jump down into the crowd. Or to have a few people brought up on stage. Honestly, I can understand why this did not happen. The band had to ask people in front to move back a little. Due to the overall atmosphere, it is forgivable. They did talk to the audience in between songs. Thanking everyone for being there, glad to be in Pennsylvania, etc. Again, the appearance of spontaneous joking / conversation brought this one up a notch.

Crowd Response: Surprised Me! OK, I was not expecting the body surfing among other things. Looking towards the stage, I was also not expecting a "mosh pit" style (Bing / Google it). The standing room only did not appear to bother anyone. From the moment Blink 182 hit the stage to last note / ovation, almost the entire focus was on stage. People were on their phones. From observations, it was uploading posting about the show.

Here is also a low point. Like I said, I did talk to people after the show. A few actually moved towards the back after the first song. Reason: it was getting too crazy up front. One person did tell me his wife was kicked in the head. A very, very small percentage did get out of control. The band had no control over this. Security (through observations / conversations) were on top of everything! One, 18 year old gentleman, told me this was his first concert. Asking: "Did you regret it?" Response: A very enthusiastic "No way!!!". This leads to the next point: Crowd Energy.

Crowd Energy: Surprised Me! The crowd fed off and returned the energy level created by Blink 182. Levels ranging from low noise to deafening roar varied throughout the show. It was very clear Blink 182 could have played for another hour without a break and everyone would have still wanted more. Hands were in the air. People were moving / rocking. Even when things calmed down a slight level, you could still feel the energy in the air.

Technical: Average. I was hoping to give a higher rating here. Due to a noticeable echo tonight I could not. Most of the lyrics were heard clearly. I only had to look at the video screens a few times to check for singing. Light show was good. Changes in lights / light show did go off smooth. Even though I use a Nikon point and shoot with extended lens, only had to delete a few that did not turn out. 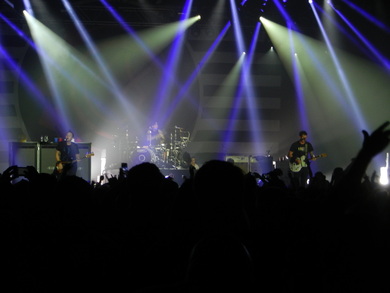 Overall rating: Have Attention! The show earned this rating by averaging out the rating of each category. I left out Stage Show. You can figure that part out by now! Would I recommend seeing Blink 182? Yes. The combination of energy / band interaction / conversations / joking around / music earned this one.

I have to give special mention to Sands Event Center and security for this show. The Event Center for after the show. When you left, a rock band was playing in Vision Bar. The music continued even after Blink 182 was done. They created a night of pure rock music for everyone to enjoy!

Security: Doing a great job keeping on top of everything while the show was going on. Even though I was told there were incidents, I did not observe any. People did give credit to the security for keeping things under control.

There was one more aspect of this show the Sands provided. Mr. Bill's was outside on Vision Bar patio with food and beverages. This part made me do a serious double take! Cheesesteaks and more were available in case people were hungry. Talking to the Mr. Bill's staff, I found out this was their first appearance. They are actually located in the Allentown Farmer's Market. In addition to having another concert, Sands showed they support local business by making Mr. Bill's a part of this event. 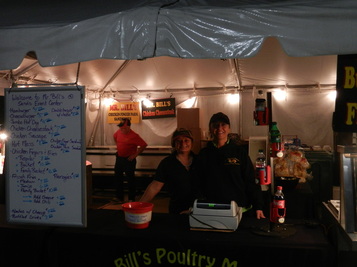 Find out where Blink 182 will be performing next and check out the band:
https://www.facebook.com/blink182

Going to be in the Lehigh Valley / Bethlehem, Pa area? Check out what shows are coming up:
http://sandseventcenter.com/