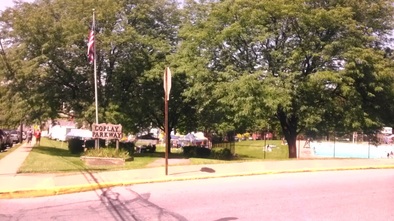 For the second time this year, a small town in surrounded by Whitehall had center stage and the spotlight!!!!!

Coplay Community Days is a 4 day festival starting on Thursday and winding down Sunday. I stopped by early Saturday and Sunday evening. The photos are from Saturday.

What did the festival have to offer? More than you may think. When I arrived on Saturday, the first thing I noticed was amount of people at the park. The conversations and noise could easily be heard. Next thing? A country music band, the Cramer Brothers on stage. 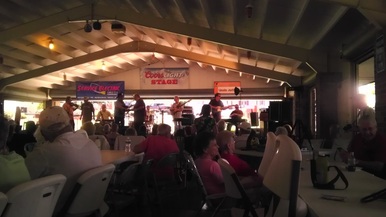 The food variety was definitely available. From traditional burgers / hot dogs / fries to ethnic foods including halushki's had the appetite going real fast! After walking around and getting a feel for the festival, I headed to the back part of the pavilion where most of the food stands were. Did not eat yet and went for my standard: Burger, Fries, Diet Coke. The food was made by local organizations including Coplay Sports. Yeah, as expected, it was good and the price was not bad.

Here is also a downside. I do not think they were expecting the huge turnout for Community Days. By Sunday 6:30, a majority of the food was gone. I asked a few people and found out the burgers and hot dogs were the first casualties here.

There was a small section with arts / artists. This part was located at the second st. entrance. After speaking with one of the artists, she informed me they really did not promote that section. 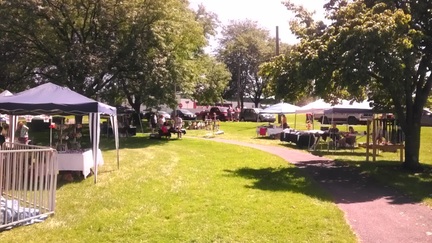 Another downside or high point  here. The Facebook page had carnival style rides listed. Saturday afternoon, they were not even set up in the Park's parking lot. Sunday evening, they were gone. After speaking with a few people, I was told the rides did not go over very well last year. No one was even sure if they were operating at all.

Now for another high point: free swimming! Saturday / Sunday, the Coplay Pool was open with no charge for swimming. People took advantage of the chance. Both days had the pool busy with families and all ages cooling off, diving from the board and just relaxing / working on the end of summer tan.

Now for the major, high point of my experience. Coplay Community Days is exactly what it says. The feeling of community and people coming together to have fun was easily noticed. Both days I noticed people talking, old friends reuniting, new acquaintances being made. Yes, I did run into a few old friends and people I have not seen in a long time. Coplay Community Days had an effect like St. Peter's Church picnic. It was like a homecoming  town reunion. Again, after speaking with a few people, even if you move out of town or the area; you try to make it back for this one.

Sunday night, after finishing up what I needed for this article; I went off the clock. Yeah, had 3 beers, spent time with old friends, enjoyed the music. Allowed myself to relax and enjoy what the festival and small towns are about: escaping life for a while.

Important Note: I had everything needed for this article before I went off the clock. Under no circumstances was any word or part affected by the effects of drinking even one beer. 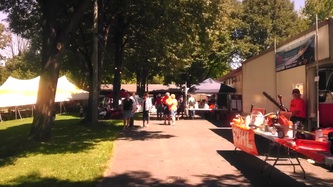 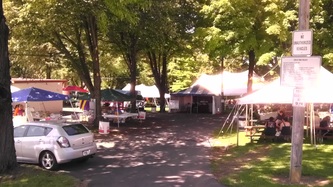 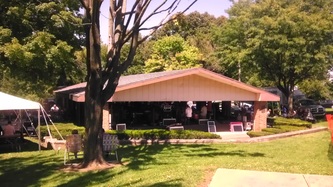