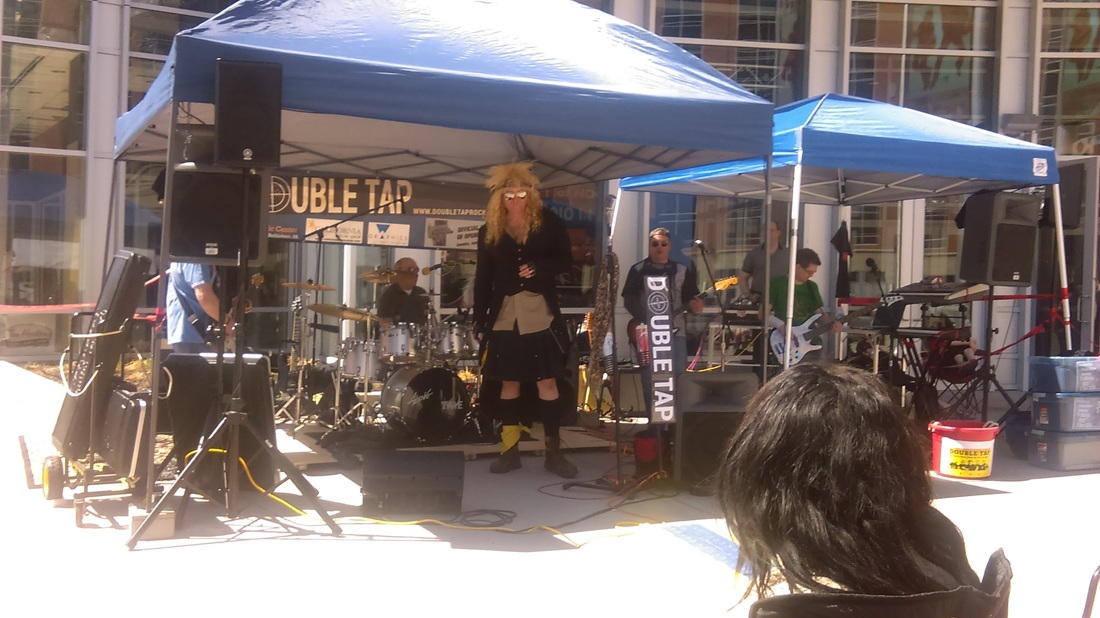 The magazine is a media sponsor of the Lehigh Valley Steelhawks. After covering 2 events over the winter, they promised a lot of surprises. The organization had a lot to prove. Reason?: Their new home in the PPL Center in Allentown. Covering the Steelhawks in the 2013 season, I expected surprises.
There was no way I was going to miss covering the home opener for the 2015 season. On Facebook, I noticed a band I never heard of doing the pregame and taligate party. OK, Center City Allentown, how is this going to be pulled off????
The pregame started at 12. Doors opened at 3. Walking the 2 blocks down from another event, I found out real fast how it was going to be pulled off. Scrap the traditional pregame / tailgate style. The band was set up and rocking Allentown!!!!

Since I never heard of Double Tap, expecting a traditional cover band. Average and nothing exciting. Dead wrong on this front. Double Tap is a cover band. The difference and what placed them over the top? Hard to describe. The energy, music, vocals and song mix. They chose a more traditional, American classic rock set list. Throw in some classics from across the ocean and they really had the crowd into it. Between the beautiful weather and type of day, the Steelhawks made the perfect choice!

Double Tap helped create an atmosphere rarely found in cities today. The band / weather combination almost took me back in time 35 years and more (I am 44). When people got together in good weather to forget about life and just enjoy being with each other and life. Yes, the band helped to create that in center city Allentown.